Google Voice Assistant is more natural than before: Know what’s new in it

Posted on Oct 9, 2020 | Posted in News, Events | 0 comment
Google voice assistant has always been a popular add-on feature of Google since the time it was launched. Previously, it was an extended section of Google Now. However, unlike Google Now, Google’s previous virtual assistant, Google voice assistant can engage in two-way communication. In May 2016, Google assistant was initially launched as a part of Allo and Google Home. The first one is Google’s messaging app while the second one is a voice-activated speaker. Gradually, the assistant was set up in pixel smart phones and later on other android devices. The Google assistant supports two types of entry-voice entry and text entry. The conversation continues as per your selection of the entry type. 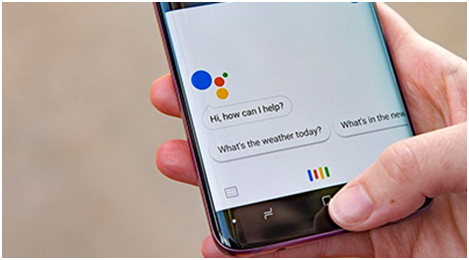 Recently Google has added some more natural sounding voices to the Google voice assistant. The developers aim to humanize the virtual assistant more. They are in pursuit of adding more human touch to artificial intelligence. Two more English speaking voices are being added to the assistant that makes it more natural and human-like. It is said that an upgraded prosody model is used to enhance the natural essence of the voices.

Alongside adding natural voices, Google has also added new advanced features and planning to add more. Recently, it has added a useful feature of testing voice matching. It is to confirm the identity of a person while making a payment. This voice recognition feature helps largely to maintain the security of any online payment. It reduces the risk of security breaches or any other cyber hassles.

Now, in the year 2021, Google is about to introduce a CVC entry for credit card verification in a smart display. The voice recognition feature during payment is now expected to broadly available, through which one can purchase things only by using a voice assistant. Previously, Amazon’s Alexa has already allowed its users to shop online with the use of voice search. Now with advanced voice recognition features, it is expected to be more secure. It makes the voice assistant more reliable and useful for home assistant devices as they do not have security features like face recognizer or fingerprint scanner. In the long run, Google has introduced a more humanized AI voice service and is about to serve more advanced features soon.

Only registered users can write comments. Please, log in or register